We will find it! Did you know that evidence of a leak doesn’t always lead to its source?  That’s why you need us. Through thermal imaging, gas tests, audio tests or a dye test, we will quickly find the cause of your leak.

Our Cape Town based leak detection teams, not only have the latest in leak detection equipment, but also many years of plumbing experience. This means that we are able to quickly and accurately identify the source of leaking pipes, fittings, sanitary ware or geyser components.

A leaking pipe in a cavity wall, for example, could present with mould or wet spots  at the bottom of a wall, whereas the source of the leak is actually near the ceiling.

For this reason our leak detection teams use the latest technology in thermal imaging, gas and audio tests, as well as moisture detection to accurately pinpoint the location of the leak.

When using our thermal imaging equipment, we try to detect differences in the surface temperature to help pinpoint the problem. For example: if there was a leak on a hot water pipe concealed in a brick wall, our thermal imaging unit will show the general area where the surface temperature of the wall was higher due to the heat the leaking pipe is generating. The same would be true for leaks on a cold water line since the water is generally colder than the surrounding surface.

Once the general area has been identified through the use of our thermal imaging leak detection equipment, our plumbers will often perform and audio test. Through using highly sensitive microphones in the audio test equipment we are able to hear the sound that the leak makes and use that to pinpoint the leak.

Some leaks are too deep in the ground or are too slow for effective thermal/audio testing. In those instances we inject a non-toxic gas into the pipes which does not dissolve in water. These gasses, like helium and hydrogen, being lighter than air, will escape from the leaking area and spread throughout the ground and rise to the surface. Our highly sensitive gas detection device is then able to pick up the 'scent' and identify the approximate location of the leak.

Most often used for leaking waste pipes and porous shower floors, dye test are used to identify leaks by sealing off an area that is suspected for leaking and adding a highly visible dye to the water. If there is a leak in the area the dye will be sucked into to the leak, revealing its location.

When fixing leaking pipes we often have to expose the area where the leak has been identified by means of leak detection. This unfortunaly means that we have to often break open walls, shower floors, conctrete floor or tiles in order to fix the leak. There are a variety of pipes that may need fixing but generally the pipes in question are either copper, polycop, multilayer pipe or PVC pipes. We strongly recommend that when we have fixed the leaking pipe you leave it for three days to make sure that the leak has been properly fixed before getting in a contractor in to plaster, tile, paint etc. Please note that generally speaking when fixing leaking pipes we do not repair, plaster, paint the areas that needed to be exposed to fix the leak. It is also essential that the client be aware that in most cases matching of existing tiles, flooring and cupboard finishes are impossible because the ranges and styles change frequently.

At JJ Lourens we make doubly sure of where the leak is located before we start breaking walls and floors. Leak detection is a specialised field and even if a leak is found, you will need an experienced plumber to fix the problem. Contact us today for a quote. 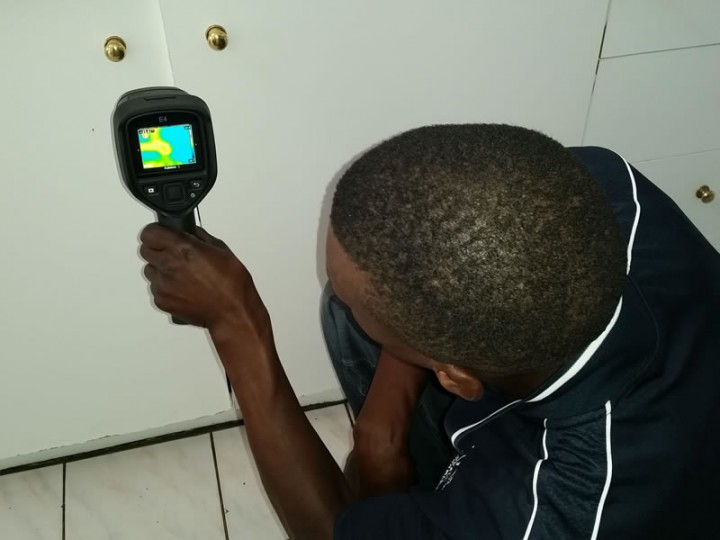 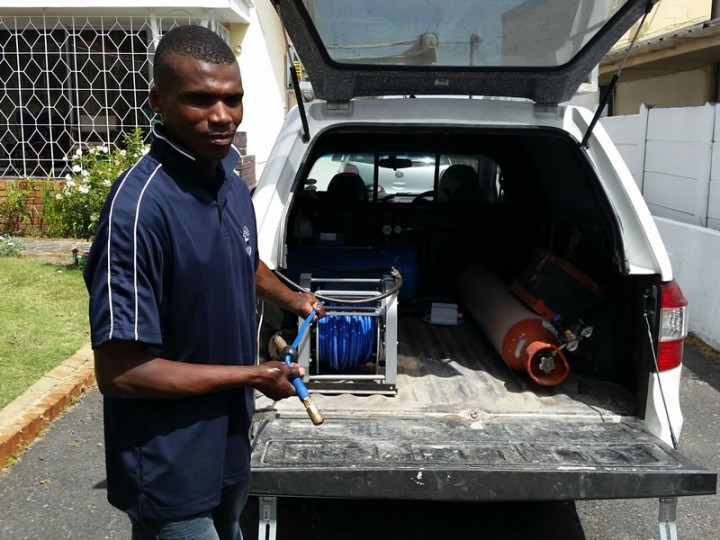 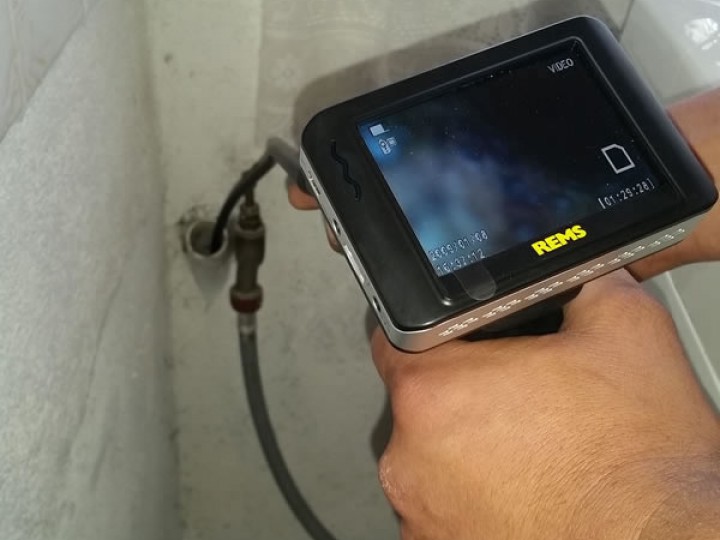 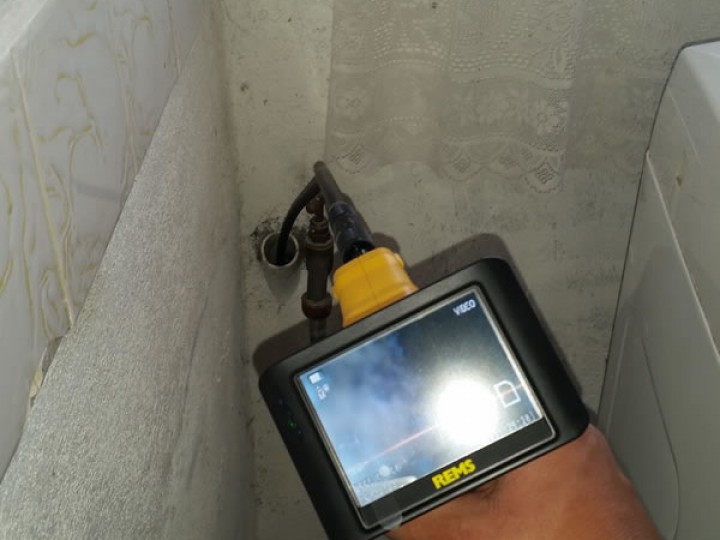 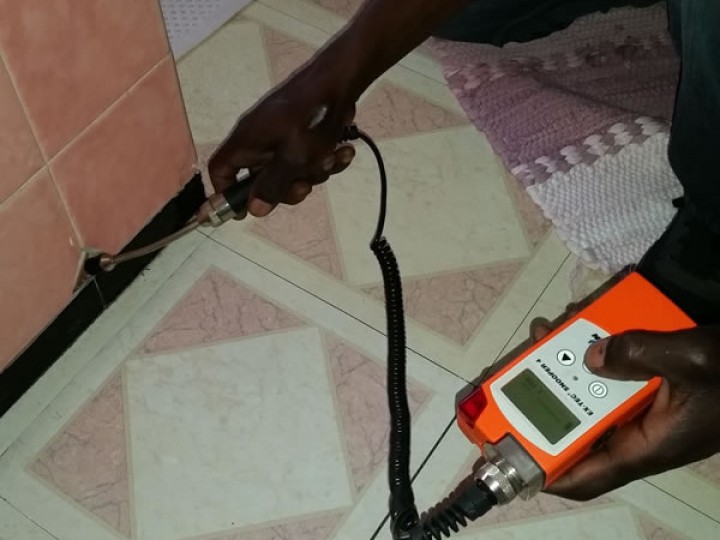 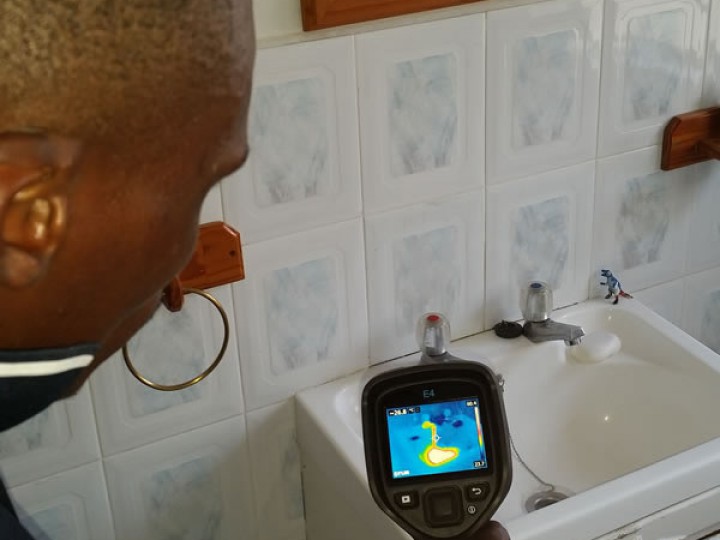 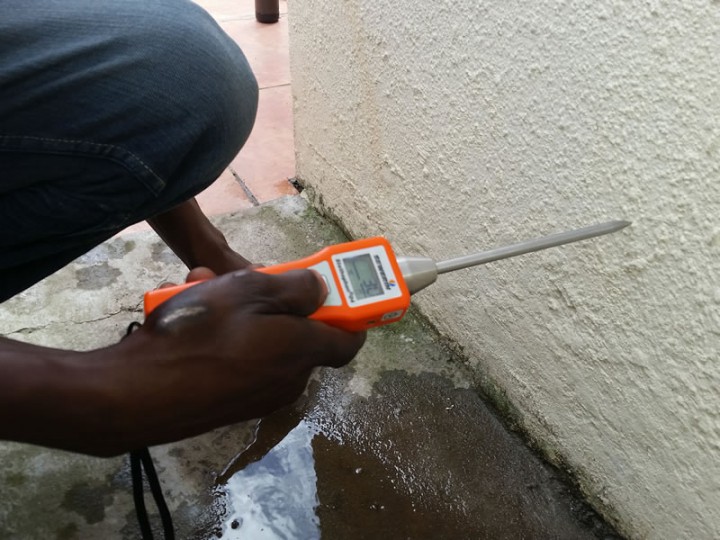 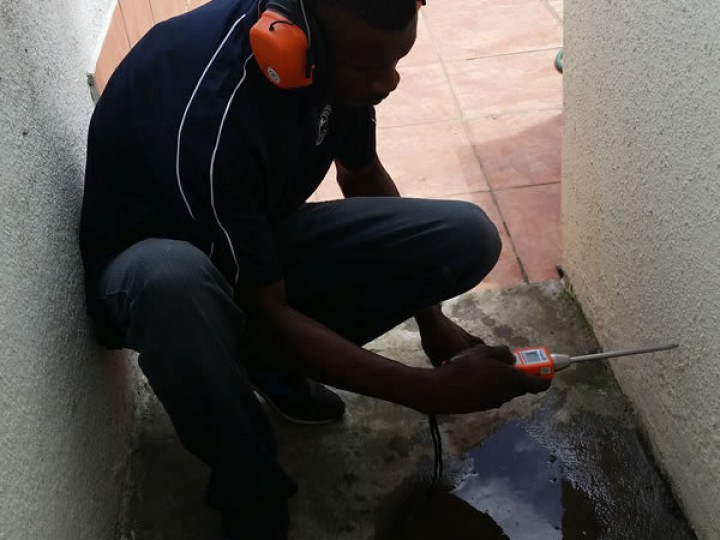 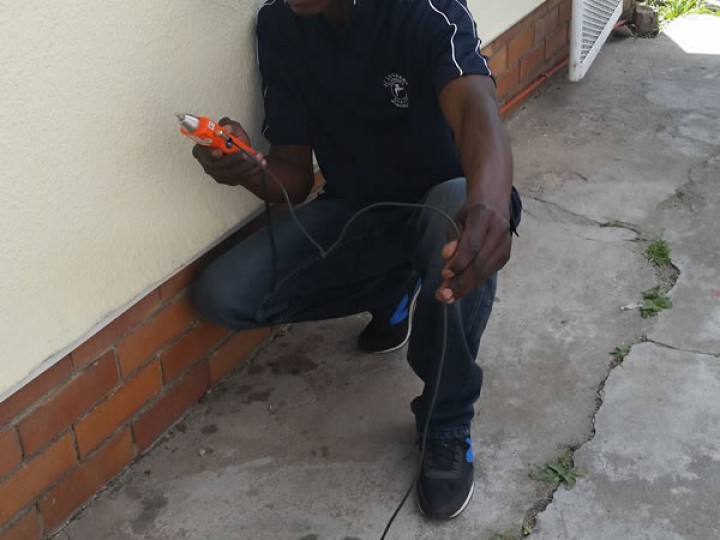 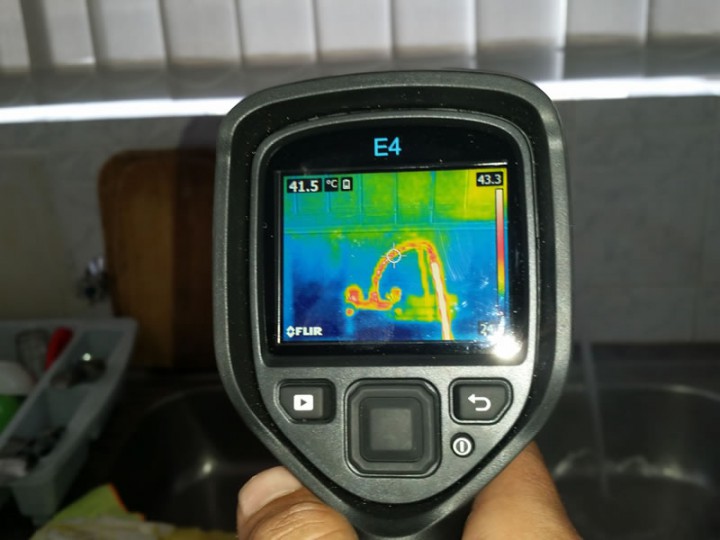 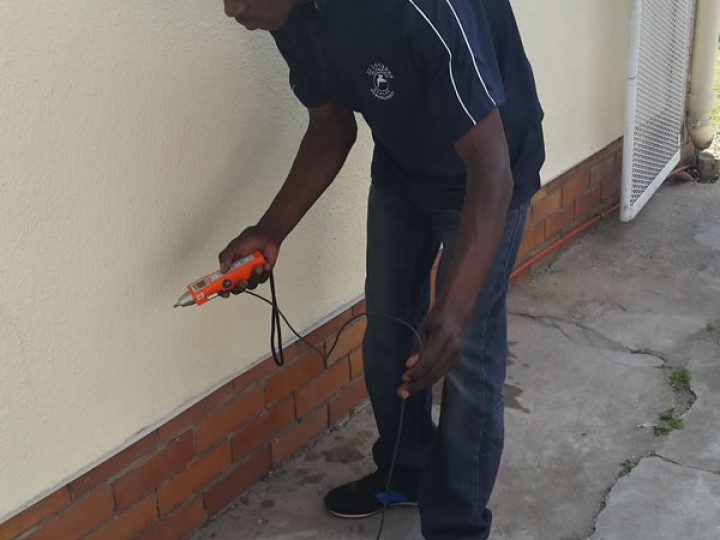 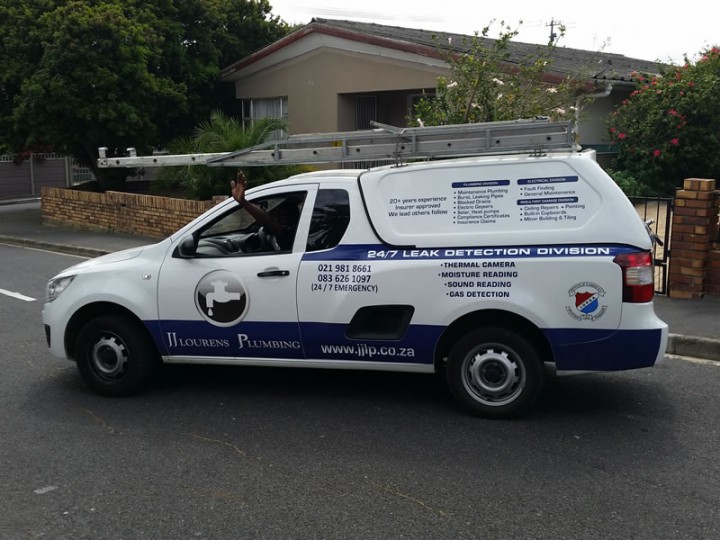 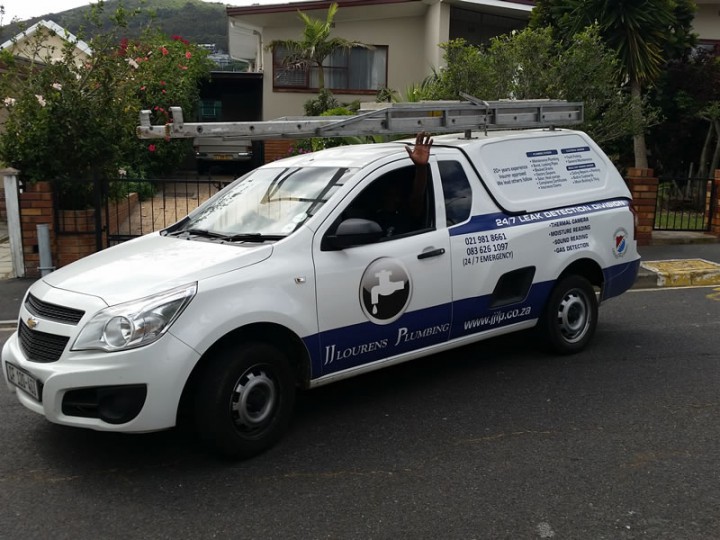 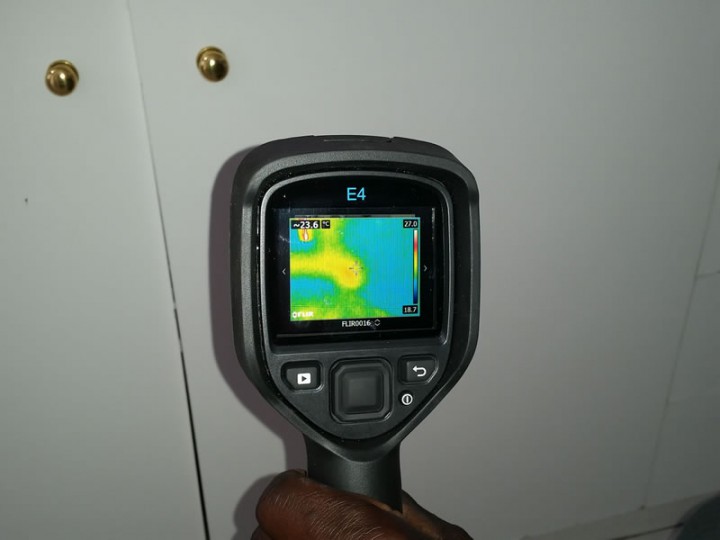 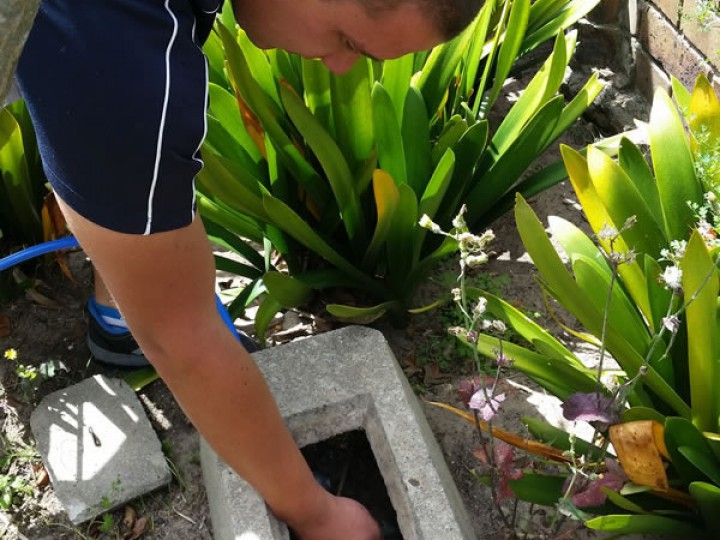